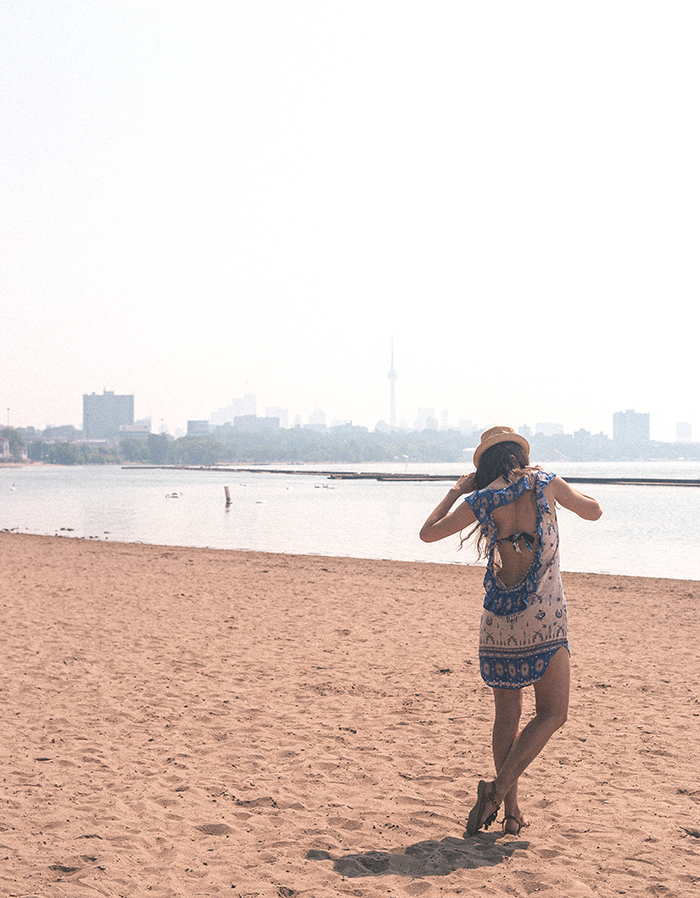 It may be hot AF. It may be almost unbearable. But there is always a way to survive it: the beach! Yes, that is always a saving grace. And the beach is wonderful pretty much always. Even in the Winter, it’s beautiful in it’s austerity. But during a heat wave it is glorious for the breeze and the lounging. Here’s two beach adventures to two different beaches. There’s no such thing as too many beach adventures in a day. 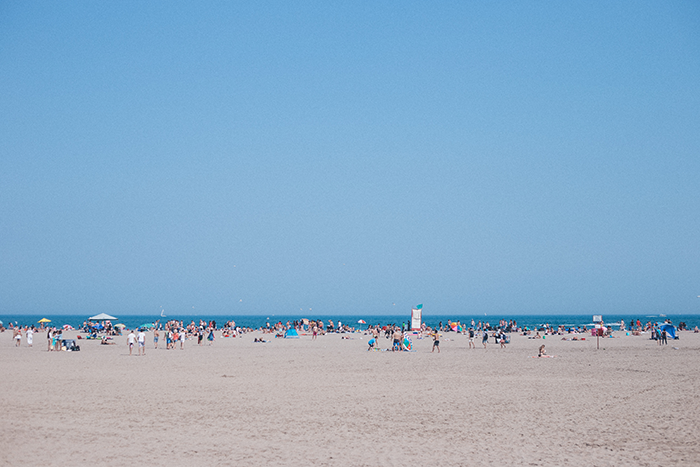 The east side beach of Toronto is the large one. The beachy one, the one that everyone goes to. *read:the crowded one* And for good reason, you can swim and the sand is cleared and cleaned.  This was the perfect afternoon beach with my friends. I biked over  *hot AF!!* to my friend’s house which was HQ and after a quick shower we popped down to the beach. 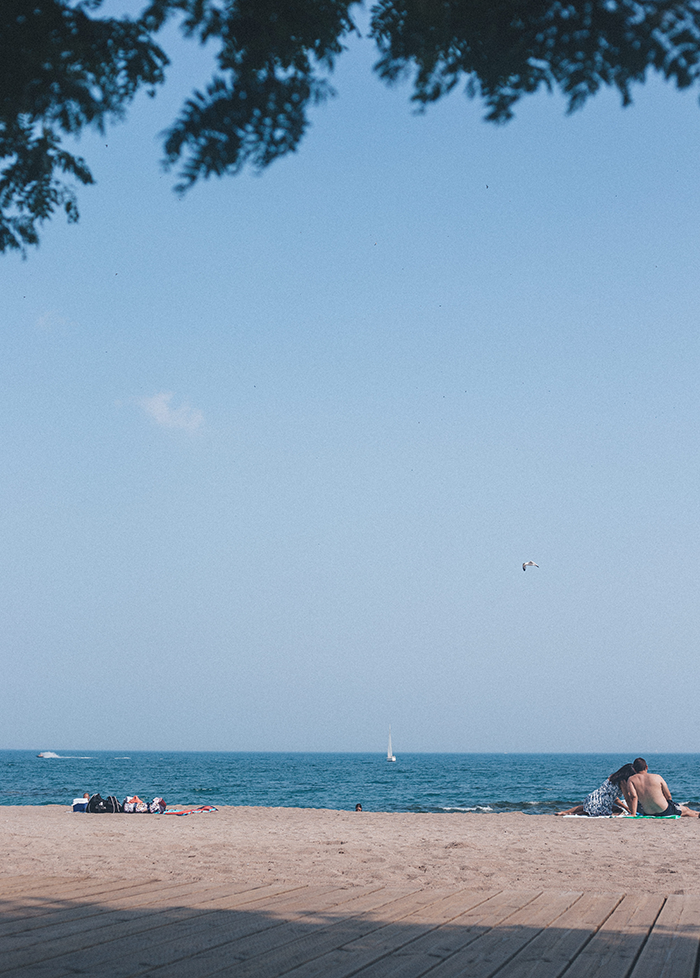 Then for the walk home I led them through a series of parks and a beautiful ravine. Where we stopped to take a picture of our post beach vibes. 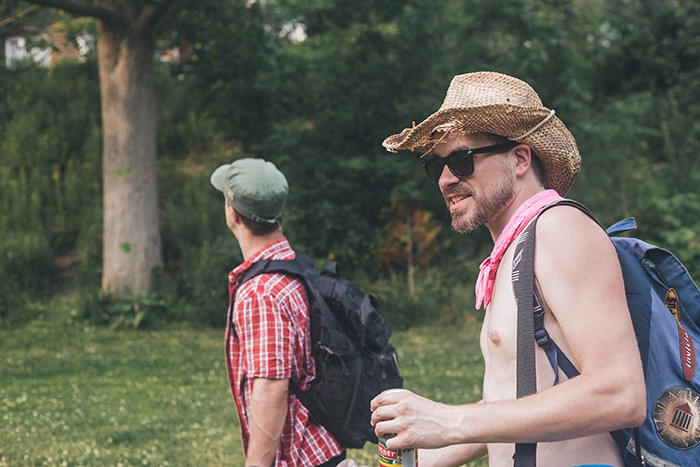 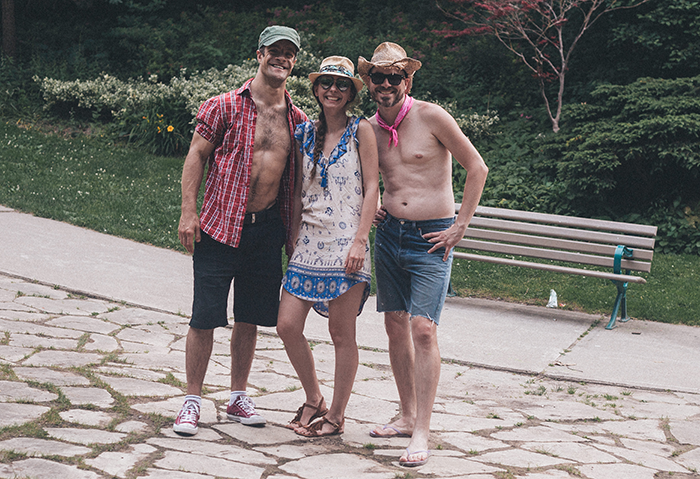 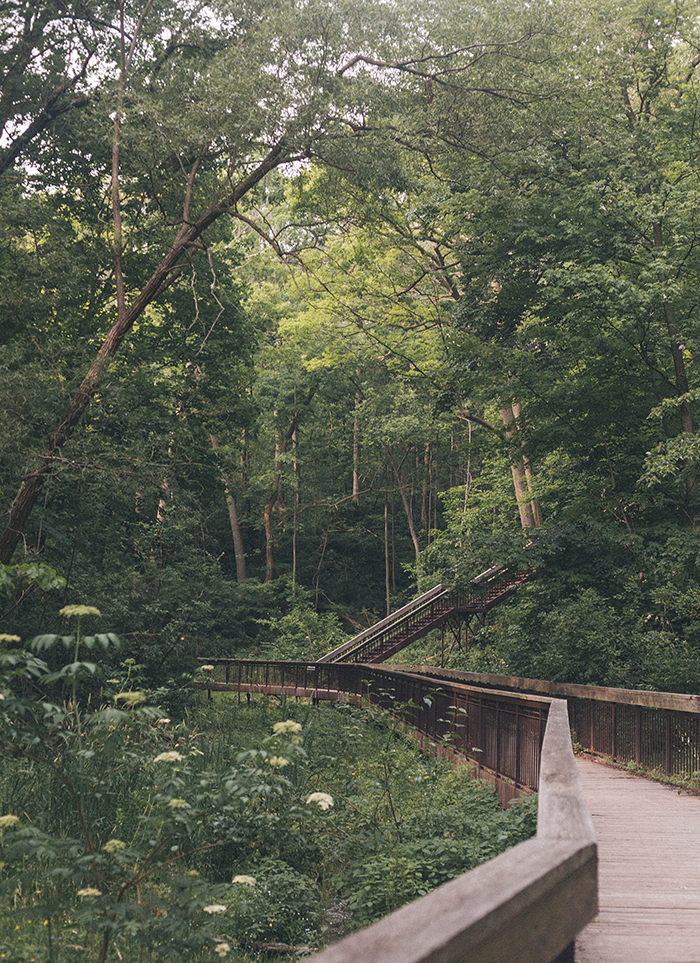 Afterwards, was a breakfast for dinner shared meal, jokes, guitars, and more jokes. Such an awesome evening. 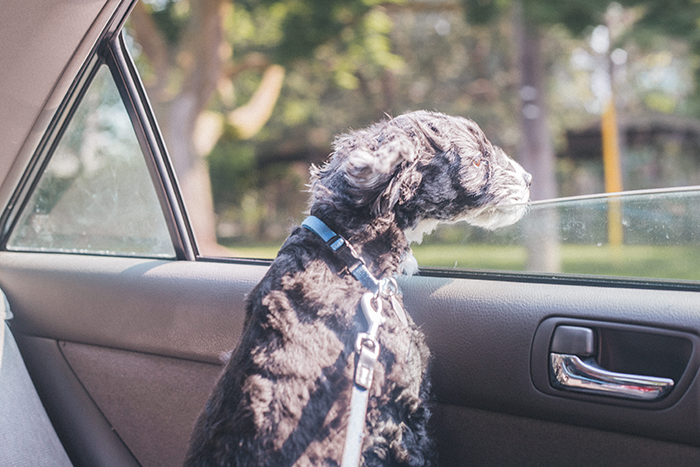 But morning trips to the beach are not to be taken for granted. As evidenced by the anticipation of one particular pup. 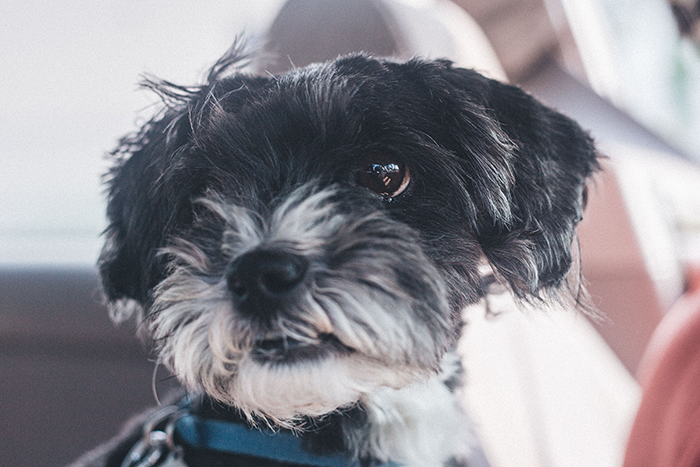 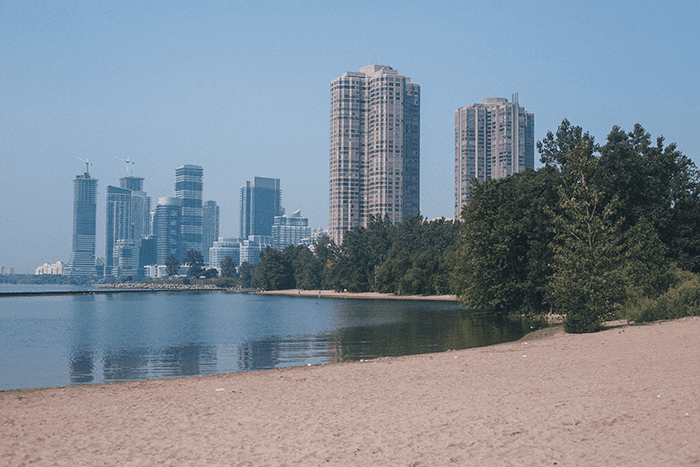 But I will say that the late morning/ almost noon light is shit for taking photos. You have to really do your best to balance things out in post when there’s no shade and the sun is just killin’ any real possibility of lighting. 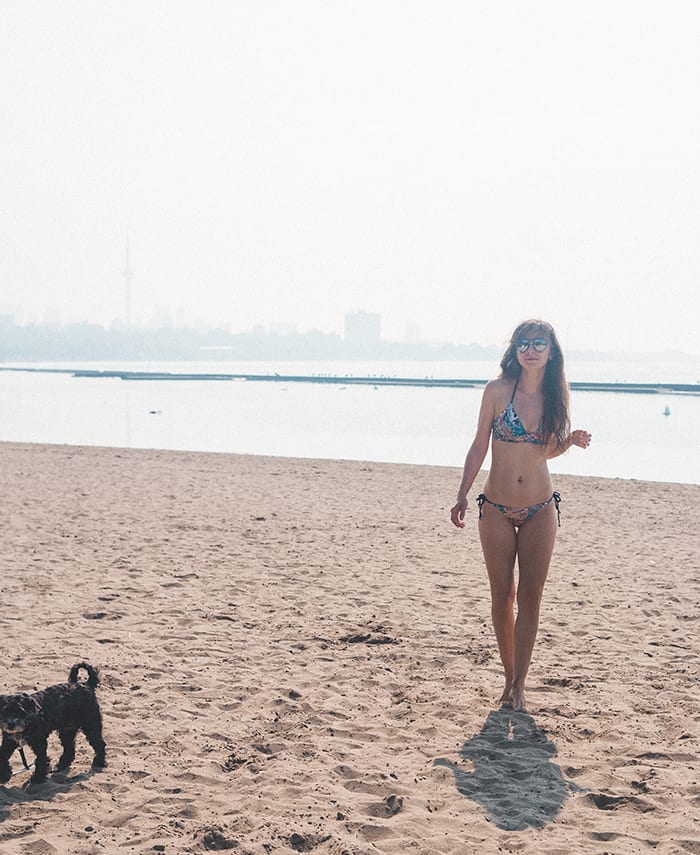 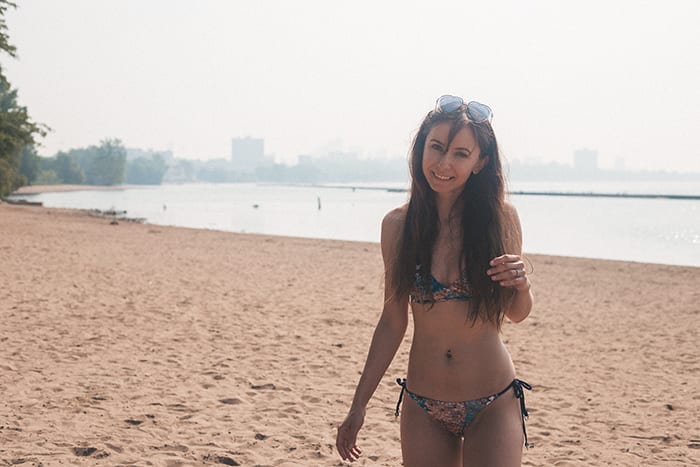 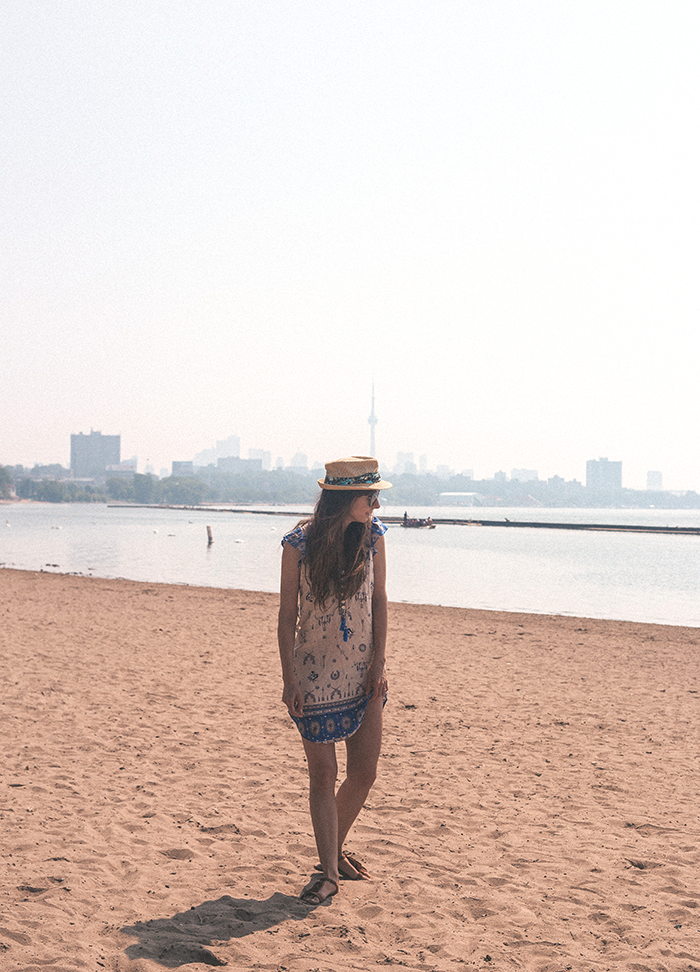 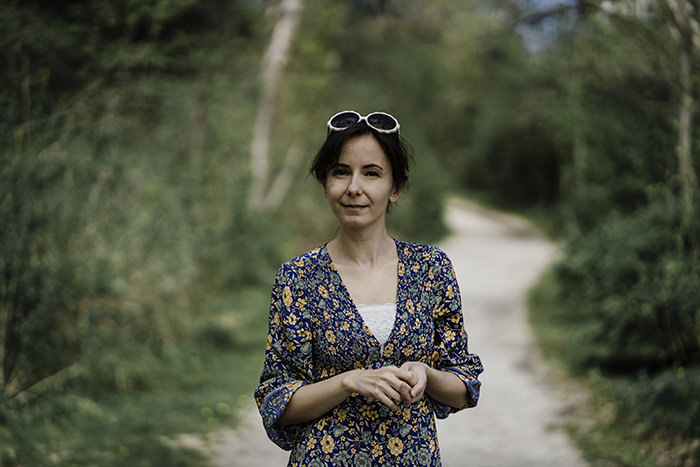 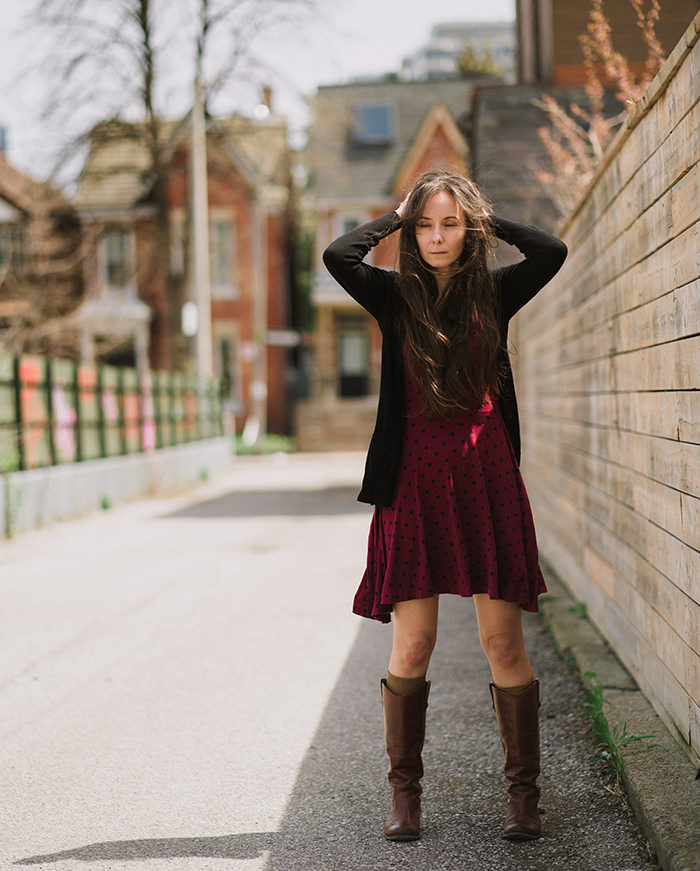