An Open Letter to Marie Claire

I read this article in the May issue of Marie Claire *one of my favorite magazines* and it got me riled up.  I sat on it for weeks, hoping it would go away but it hasn’t.  I’m still thinking about it and it’s still weighing on me. I usually post these pieces on Saturdays, but I felt it just couldn’t wait. So here you are!

I’m deeply ashamed and aghast that you are both a woman and consider yourself a feminist.  I feel your article is one of the most anti-feminist articles I have read in a long, long time.   The goal of feminism is to free and liberate women to do with their lives as they please and to raise their value as to being equal in society.  I feel you have done the opposite with your brand of feminism.  Let me address a few of the points in your article.

In the beginning of the article, you say that “this 21st century project of naturalism” makes an animal of the female.  Well, I hate to point out the obvious to you, but we are animals.  Homo Sapiens and mammals to be exact and that means that there are certain biological realities that can not be denied.  I’m sorry to break it to you, but both the male and female of the species is an animal.  Further, there is nothing wrong with embracing our natural instincts as we so choose to do in breastfeeding and birthing.  It is natural and to deny our nature is to be a slave to it.

Next you mention homemade baby food, and yes, it is indeed terrific, but I’m confused as to why you consider it to be inaccessible to fathers by stating that bought baby food is better because it is accessible to fathers? Fathers are just as capable and just as eager to cook, puree, freeze, package, and feed homemade baby food as women.  Both partners have hands and feet that can cut, steam and mash, so I don’t understand who you imply that making baby food at home immediately means that it is a woman’s duty?  I would consider that a sexist remark that both demeans women by placing them back into the kitchen, and degrades men by implying they are either incapable or not caring enough to make their baby’s food.

Further, it is an illogical statement to imply that the choice between biogdegradable diapers and disposable diapers is one of  choosing between “the protection of the environment and the protection of the liberty and free time of women.”  First off, if you look at trends, polls, and statistics, those that protect and care about the environment tend to be the same people that value equality and the liberty of choice, so it makes no sense realistically that there is an either/or choice in this respect.  Further, this section of your piece implies that using biodegradable diapers (I’m assuming washable ones here) tethers women into some domesticated duty.  I would whole heartedly disagree.  First, see point above about men having hands and feet – it applies to diapers as well.  Secondly, in my first hand experience online with bloggers and interpersonally with myself and friends, I have found that men have jumped in with both feet when it comes to changing, washing and tending to diapers. Again, this is in inherent error in your thinking that diapers and laundry is the sole responsibility of the female. In the modern age of relationships between men and women, I had hoped this patriarchical notion had been smashed, but you seem to be carrying it’s flame as brightly as ever.

It’s shocking to me how you argue that women should not want to spend time with their children, and that they are “less happy” the more time they do spend with children.  Have you ever spoken to a mother?  If you had you would know that most, if not all, would love to spend more time with their children, not less.  And a mother wanting to spend time with her child, and actually doing so, does not in any way negate the father wanting to spend time with his child and actually doing so.  You seem to forget that the best scenario for a child is two loving parents, therefore one loving parent being present does not discourage nor negate another loving parent’s presence.  Finally, I wholeheartedly disagree that it is good for children to get along without their mother.  True, children can not be smothered, but they need their mother, just as they need their father.  Ask any child psychologist about the affects of absentee parents, neglect, or those children abandoned or orphaned and then come tell me that children don’t need their parents.

The thing that saddens and angers me most in your article, however, is your claim that after the 18 years that it takes to raise children a woman is “much too late to be able to make a living in the workplace.”  This clearly says that a woman’s worth in her entire lifetime (85 years for women as you say) is only in 18 years.  That I find to be the most degrading thing in the whole piece.  A woman’s worth, a human’s worth, extends beyond the 18 child rearing years.  For a women who says she fights for the equality and liberty of women you seem to be demoting a woman’s worth to her childbearing years, and further taking away all her choices.  When discussing your piece with a colleague, she mentioned instances of women returning to school and then excelling in various fields of study, medicine for example, after 20 years of staying home with children.  So I would respectfully beg to disagree with your assessment of a woman’s worth.

There are many more points I could discuss, contradict and argue with, including your issues on breastfeeding, however, I feel I have made my general point abundantly clear.  I find that your entire piece bashes women, degrades their personal choices and takes away their liberty.  I am not a stay at home mom, I am a freelance artist with a variable schedule.  I need to work because I find fulfillment in my art and I think that makes me a better mom, but I would never deign to look down on either a full time stay at home mom, or a mom who works and uses daycare to look after her child.  Women should be free to follow their hearts desire and seek fulfillment, whether that leads them on a corporate path or a domestic path or some forged middle ground.  Frankly, I am disgusted at your sexist and bossy treatment of women denying them the freedom to pursue whatever it is their hearts desire.  You should be fighting for a woman’s free choice to do with her life what she wills, instead you insult both her and her partners choices if they don’t align with yours.  She’s “infantile” if she has children, wants to spend time with them, thinks she can have a career beyond her childbearing years, and cares about the environment.   Well, call me infantile then.  I proudly wear the mantle as I call for the freedom and liberty of choice for all women to do as they please, be it a corner high-rise office or a backyard low-rise bungalow.

Sincerely,
Joanna
Infantile Woman.
Graduate of the University of Toronto with High Distinction. 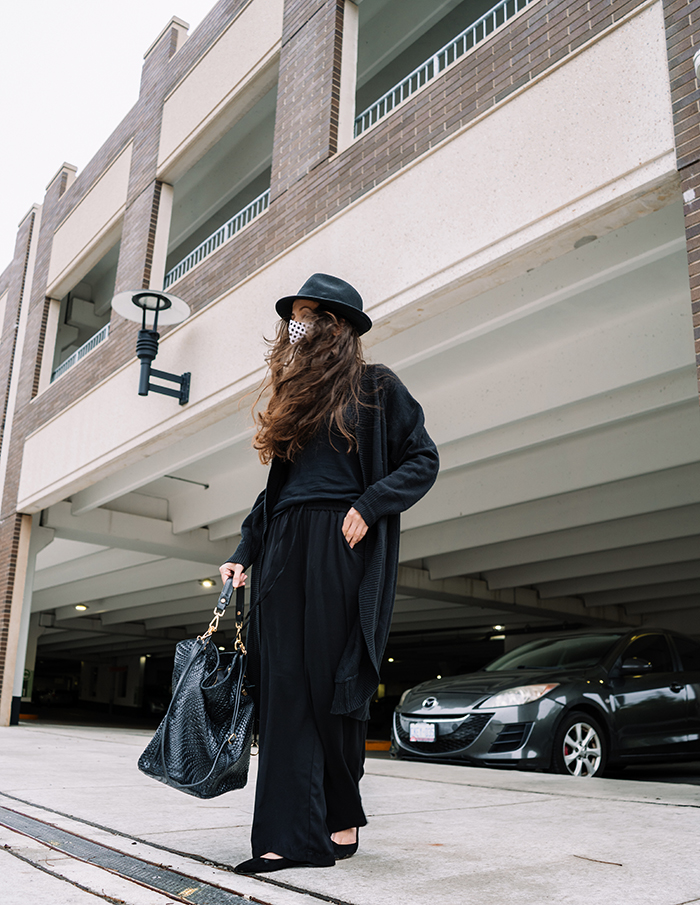 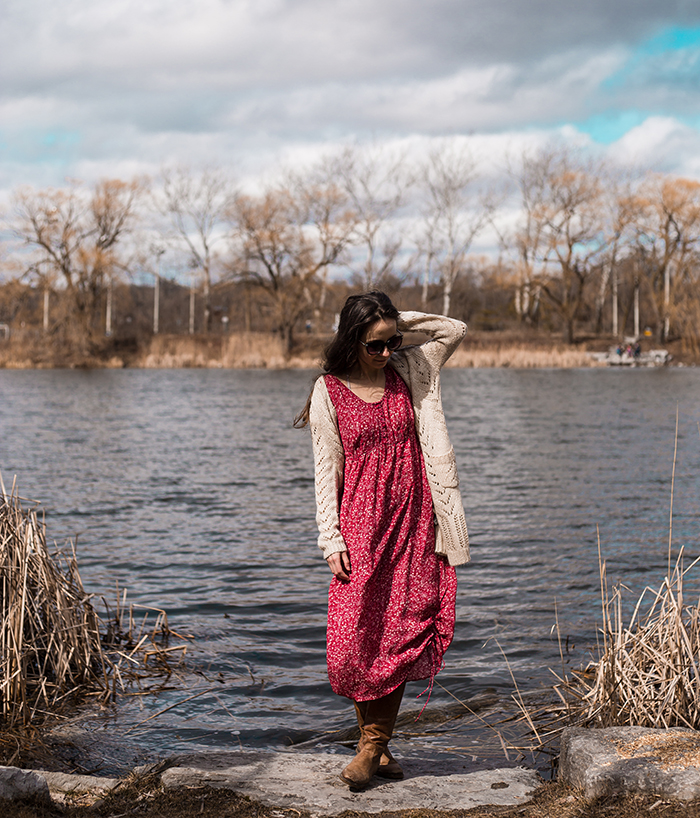 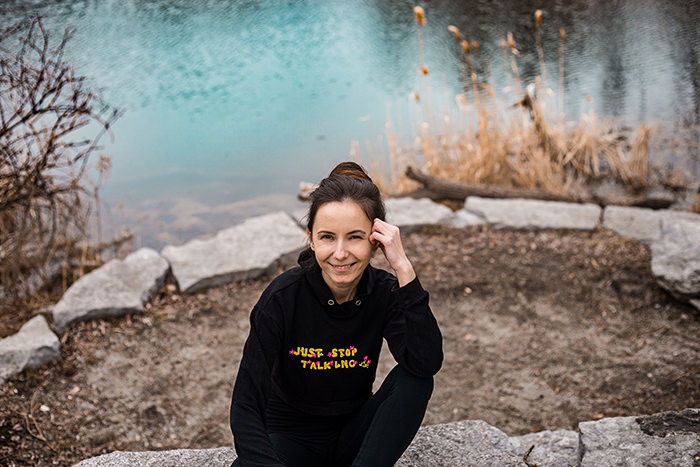